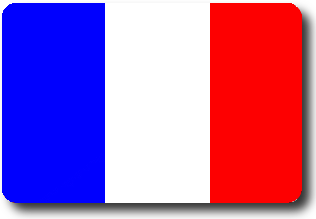 The research project of the first year of the Master of Physics was officially running every Thursday during the second semester; in fact it also occupied many evenings and week-ends. I performed it in collaboration with Yvelin Giret, mate and friend since the Licence of Physics, under the supervision of Dr. Brice Arnaud.

At the beginning, the subject was dealing with the calculation of electronic properties of graphite with two methods, tight binding and DFT/PAW. This allowed us to improve our knowledge in solid state physics, to put Fortran programming into application, and to learn simulation methods. 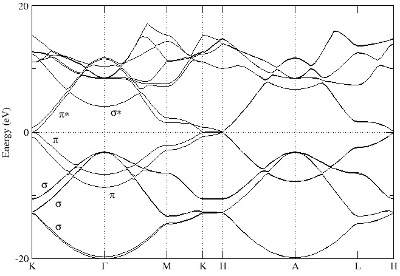 Electronic band structure of carbon graphite, as calculated with PAW.

After a few weeks, Brice Arnaud allowed us to go further in the subject, by applying the simulation methods we had learned to graphene (single isolated graphite sheets) and carbon nanotubes. This lead to the calculation of band structures for several nanotubes.

The different kinds of nanotubes: armchair, zig-zag, and chiral, from left to right.

The manuscript is entitled "Graphite and carbon nanotubes: Introduction to electronic band structure calculations", and is available here (in French).